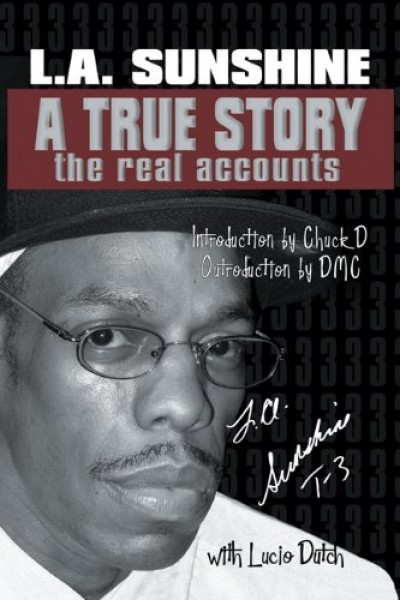 L.A. Sunshine is a modern day griot reflecting upon a time when mainstream media did not cover the urban perspective. His voice is necessary; his mind has been sharpened by the insight and critical competition of his contemporaries in his classic trio, The Treacherous Three. It did not hurt that Kool Moe Dee and Special K were the earliest of Hip Hop intellectuals, they never dumbed-down for any audience anywhere! In fact, they made everything and everyone surrounding the rap game step up, making many afraid to rhyme if displaying a Dumb and Dumber style. --Chuck DI am one of those lucky people that got to experience Hip Hop music before there were any rap records. My friends and I risked our lives to see shows on the block, in the parks, and in the recreation rooms. At the time, Hip Hop was in its early stages and was closer to the punk rock movement than anything else. The first time I saw The Treacherous Three they reminded me of the David Ruffin, Eddie Kendricks, and their Temptations, and unlike any other group I saw at the time, they had tight choreography and stage costumes that told you they were stars. There might have been bigger names making records back then, but to me, there was no group better than The Treacherous Three. --Chris RockAs a member of The Treacherous Three, L.A. was the personification of his name, Sunshine; it fit him like a glove, and he shed light like the sun always bringing the brightness to the group. I am smiling right now because I did not have to go back and listen to his rhymes to re-familiarize myself with them, because those lines are embedded in my head for life. --Dmc